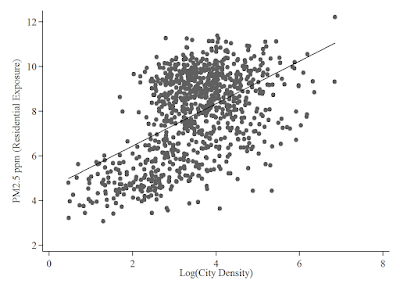 [1] This strategy was initially developed in the agglomeration literature trying to estimate the productive advantages of cities (see Combes et al. 2010, Combes and Gobillon 2015). In our case, we use it to study one of the congestion forces that constrain city growth.
[2] Complementary results in the paper show that the observed increase in PM2.5 is not driven by a different sectoral composition of production in larger cities or by differences in total city population. See details in the paper.
Posted by Felipe Carozzi on Thursday, August 29, 2019