The ‘Bedroom Tax’: How did families react? Did the policy achieve its objectives?


The ‘Bedroom Tax’ – or ‘under occupancy penalty’ or ‘removal of the spare room subsidy’ as it has been called officially – is a highly controversial part of the UK Government's recent social housing policy. The legislation was passed in April 2012 and came into effect in April 2013, and reduced housing benefits for social tenants – mainly council and housing association tenants - deemed to have a ‘spare’ bedroom.

The aim of the legislation was twofold. On the one hand, this was an attempt to curb increases in social housing expenditure. On the other hand, the Government was hoping to promote mobility and the reallocation of the limited social housing stock to better match households’ size and needs. However, the policy has been much criticised by housing charities and in the media for its draconian regulation of low income tenants’ entitlement to space, the penalty it imposed on tenants who were the least able to afford it and for its potential adverse impacts on their welfare. Typically, households would have ended up with a spare bedroom through no fault of their own, due to children leaving home, or due to a lack of availability of smaller accommodation when they were originally housed.

Our recently published CEP Urban and Spatial Programme discussion paper is the first to look directly at what impact this ‘bedroom tax’ actually had on the tenants it affected.  Whereas previous studies have simply asked a sample of tenants how they adjusted to the tax, we turn to an existing large scale survey of households who are followed year after year - the ‘Understanding Society’ longitudinal study. These data allow us to observe in detail how families actually reacted at the time the tax was introduced – in particular tracking whether they moved house.

The ‘bedroom tax’ legislation set out very specific rules regarding who in a household was entitled to their own bedroom and hence which households were deemed to have a spare bedroom. These rules were based number of adults and the age and gender of any children in the household. Anyone deemed as having one spare bedroom would face a 14% cut in housing benefit, while households with two spare bedrooms would face cuts of 25%.

These rules allow us to deduce which social tenant households in our data were affected by the policy and which weren’t. This means we can compare what happens to households who are affected by the policy because they had a spare bedroom, with very similar households who didn’t.  We can see, for example, whether there is any difference in what happens to a family with two adults and two children (a boy and girl) under 10 living in a flat with three bedrooms – who would be considered to have a spare room under the policy rules – with a household with two adults with a boy and girl aged over 10 – who wouldn’t.

So how did families react, and did the policy achieve what it set out to do?

Firstly, our results show very clearly that affected households did lose housing benefits – around £8 per week on average - and experienced a drop in overall income. However, we are unable to find precisely how tenants adjusted to these cuts.

The first thing that is clear is that the policy did not encourage households to move. We find no difference between affected and unaffected households in the likelihood of moving when the policy was introduced. One concern of the policy’s critics was that it would force moves, increase neighbourhood turnover, deprive poor children of a stable learning environment and push individuals already at the risk of being detached from the labour market to areas with even fewer employment opportunities. This evidently did not happen to any great extent.

We do find though that when social tenants do move after the introduction of the bedroom tax, they down size to smaller accommodation. So the policy was partly successful in one of its aims –rationalising the use of publicly-funded housing, albeit more slowly than might have been hoped. Although the policy didn’t encourage moves, it did encourage movers to downsize, so in the long run under-occupancy of social housing might be reduced. This change will however only occur in conjunction with natural turnover of occupants of social housing.

Households who didn’t move appear to have just taken the hit to their resources, presumably cutting back on other areas of expenditure, though we don’t detect precisely on what dimensions. We find no systematic falls in spending on food or savings. There is little evidence that individuals in affected households worked more or less. In line with what was predicted by its critics, the policy appears to have reduced well-being, as captured by measures of material deprivation and self-reported life satisfaction. However, these effects are not precisely estimated or large (they are not ‘statistically significant’). This evidence indicates that the policy did further strain the finances and standards of living of individuals who were already disadvantaged.

So did the policy save the Government money? It was expected that the policy would affect 660,000 households at the time it was introduced. Given the £8 per week benefits cut we observe in our data, this suggests direct savings of around £250 million per year – around half the Government’s own estimates of total savings. This simply amounts to a benefit cut for tenants who were unwilling or unable to move. These savings will also have been partly offset by the ‘discretionary payments’ that the government boosted in order to help support families adversely affected by the bedroom tax – around £60 million per year up to 2015/16.

So the bottom line is that the policy seems to have saved some public money – with the burden falling on the affected tenants - but will be slower than expected in achieving its aims of reducing social tenants’ use of bedroom space.
Posted by Stephen Gibbons on Wednesday, May 16, 2018 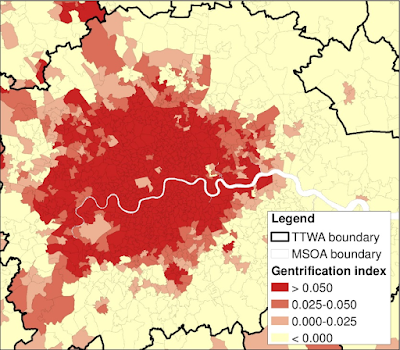 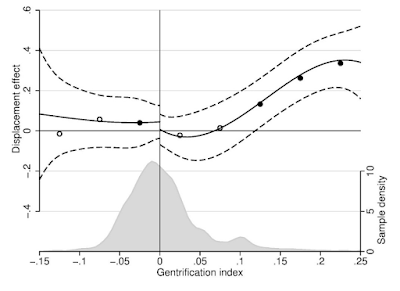